“That was an awesome show!”. A comment from a client last week. If you’re looking for a magician in Saskatoon, Regina, Calgary, Edmonton, Winnipeg, or anywhere in North America, you owe it to yourself to check out our website. www.doublevisionmagic.com  We’re constantly working on new illusions to add to our show. Why? Because we believe that you never stop growing as an entertainer.

Without growth, an act gets stale and starts to show its age. We love the challenge of coming up with original magic routines for our shows, whether it’s for stage, strolling, trade shows or fairs. Even when we get together for coffee, it’s a flurry of new ideas being tossed around.

As I write this, it’s Saturday morning, and although we don’t have any shows today, my mind is on next week’s performances and as far ahead as Christmas shows we’re getting emails for. It’s a never ending circle of creativity, travel, marketing, twins, comedy and magic. 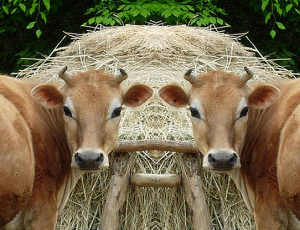 Curiosity and the Cattle

We’ve been performing magic for a living for 27 years. Even though we’re based in Saskatoon, Saskatchewan, we’ve travelled North America, seen a lot of strange things and met some interesting people.

At an elegant corporate awards show, Mike and I were performing strolling close up magic from group to group. Everyone was dressed in suits, ties, beautiful gowns etc… so you get the feel of how upscale this event was.  Right in the middle of a piece of amazing “in stereo” magic, the gentleman standing directly in front of us gets down on the floor on one knee, and looks up at the group.  We ask what he’s doing?  His reply, “I’ve always wanted to see magic from under the magicians’ hands.” The group took it in stride and the entertainment continued.  It was an unusual occurrence, but we couldn’t help but admire this person for just going for it and satisfying his curiosity.

We’ve always been driven to be more than just another magic act. Mike and I work hard so that our “twin twists” will have the most impact possible on our audience. It forces us be more creative. Isla Crawford, the interior designer, lives by, “Make the ordinary, extraordinary.” That’s a great definition of magic.  So be curious and you’ll surprise yourself.

The title of this piece mentions cattle, but this is a vegetarian story, so there’s no beef.  Your curiosity got the best of you. Extraordinary! 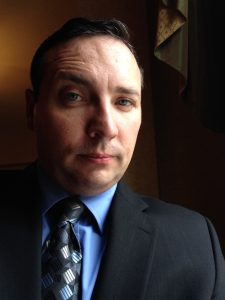 Our clients, not only in Saskatchewan, but across North America, have come to trust our act as one they can rely upon to deliver great, “clean” entertainment.  We work hard to combine our original twin magic with music,  clean comedy, and audience participation.  We are a professional magic act. END_OF_DOCUMENT_TOKEN_TO_BE_REPLACED 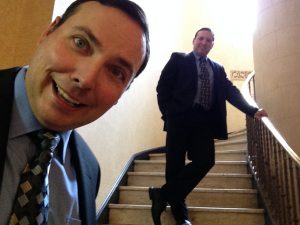 Be Seen, Be Heard, Be Good

Whenever, we hear a comment from a client like “that was an incredible magic show, very entertaining!”, we know we’ve achieved our three key objectives.

Whether you’re a public speaker, performer, or doing a “live” webinar, being seen, being heard and being good would seem to be automatic. Unfortunately, we’ve seen many presenters at conferences/conventions have two out of three, and that’s not good enough. END_OF_DOCUMENT_TOKEN_TO_BE_REPLACED