You're twins and you do a comedy magic act, wow! | Double Vision Magic | Twin Magic and Comedy
Skip to content 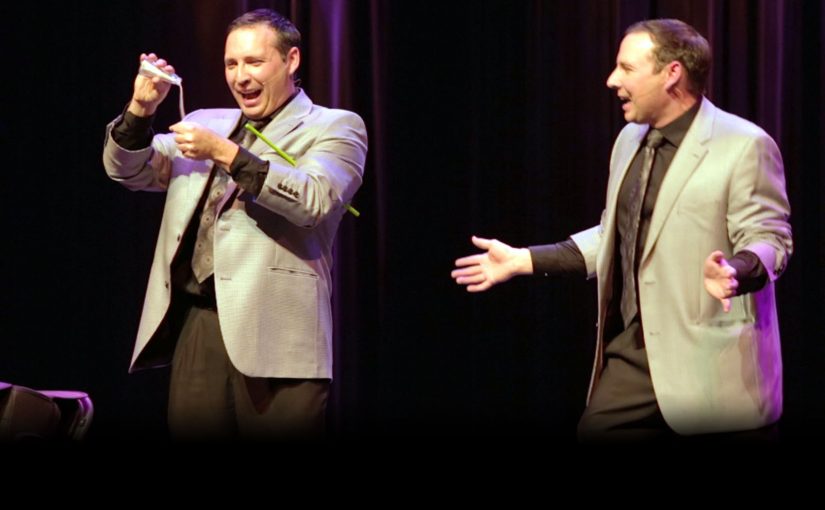 Why have just another magic act, when you can experience Double Vision! Contact us to book your next event, from corporate events, private events, cruise ships, casinos, trade shows, conventions, conferences, conventions, fundraisers, charity events, comedy clubs, fairs and festivals.

What makes you one-of-a-kind?

Obviously, in our case, being identical twins makes our act a great corporate entertainment choice for conferences, conventions, fundraisers etc. We’re able to create and perform routines that are specifically designed for our act, and our clients appreciate the fact that we’re not just another comedy magic act doing the same stuff everyone else is doing. If they want to see a routine we do, the only place they’ll see it is by booking Double Vision.

Not too many people think about this, but in the entire history of the world there will only be one “you”. No one else will ever have your exact genetic makeup (unless you’re a clone, but we can talk about that some other time). Even identical twins look very similar on the outside, but have different personalities and even different finger prints.

We love being able to travel across North America and talk to people of all different backgrounds and ages. Every once in a while we meet someone who is a “tour de force” of a human being. They are so comfortable with who they are, and confident in everything they do, that they stand out from the crowd as being “unique”.

Maybe you have a terrific short term memory, like a server we met in a restaurant once who never carried a pen or pad of paper with him, but instead memorized the entire order and never missed a single item. It’s all about finding out what makes you……..you!

If more people realized they really are one-of-a-kind, making us each, in a bizarre way, an endangered species, maybe the world would be a better place.

Until next time, think twin!